Many folk understand how to do basic mathhammer. For example 10 marines shooting bolters at marines (outside 12").

It gets more complicated with things like rending. Still quite possible, but a bit more headscratching is required. Even trickier is shooting at vehicles. To do it properly you need to account for things like multiple immobilised results removing extra hull points.

There is a general method. You get a computer to roll the dice for you, lots of times and keep notes as it goes. This kind of thing is called a Monte Carlo Simulation. An early use was designing nuclear weapons in the second world war.

GNU Octave is a free (open source) maths scripting language. It's quite good for this sort of thing.
To get octave to roll 10 dice, you can do this.

rand gives a matrix of 1×10 numbers. They are between 0 and 1, so you have to multiply by 6. We only want whole numbers, and dice don't give zeros, so we round up. This is what ceil (ceiling) does. Next, how many hit?

rolls>=3 returns a matrix of 0s and 1s. As we need 3+ to hit, it gives 1s to represent the hits. sum adds up the hits. Roll some more dice to wound.

Find out how many wounded

You can combine this lot into a script file ("example.m") that repeats 100 times.

Run this, and it spits out a number near 1.1. This is more hassle than first calculation, but when it gets more complicated simulations will beat the back of an envelope.

Note that I have put semicolons on the end of some lines. This suppresses output. So this script will just show you the deathtoll each loop, and the mean average at the end.

If there is some interest in the comments, I can expand this into a series of posts. Or, if I have time I can mathhammer on your behalf. My numbers are out of date now (vehicle damage table changed), but I did figure out the most cost effective way of taking down a Heldrake. At that time the highest probability of downing a heldrake in one per point spent that I could find was an Imperial Fist dev squad on a quad gun. The best value hull point stripper was a Stalker (you know, the Rhino chassis AA vehicle).
scribbled by ColonelFazackerley at 15:56:00 No comments:

Email ThisBlogThis!Share to TwitterShare to FacebookShare to Pinterest
Labels: tutorial

To whit, I'm currently slumming it in Japan on a trip for work.  This means two things:

Yep, Japan is a bit of a hobby mecca (as long as you like Gundam that is).  Even the local chain of electronics stores - Yamada Denki, has racks and racks of Gundam models for you to buy and build.

This song plays near continuously in the shop.
How the staff don't go postal by the end of the day I don't know.

They can even make selling fridges seem somewhat more exciting.  I promise you there really are fridges underneath all those stickers. 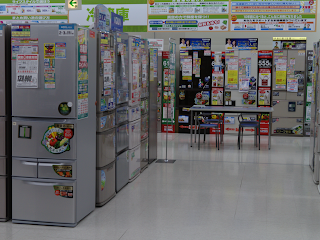 Of course, the best place to go if you are anything like me is Akihabara - Tokyo's electronics town.  Akihabara started life as a district where the Japanese and US military were selling off spare electronics parts after the second world war.  Local students used to buy up the parts and make radios out of them to sell on and earn money to fund their studies.  Ever since it has been synonymous with the sale of electronic goods.  It really gained its reputation in the 80s and 90s when it was a one stop shop for tourists and locals alike to get the latest electronic gadgets at knock down prices, often long before they appeared in the local shops, and years before they reached the rest of the world.

Nowadays, with the growing prevalence of tech in the west, and apps on smartphones taking the place of many of the little gadgets that used to be sold, Akihabara has shifted its focus away from electronics (don't worry, you can still find loads) to other aspects of Japanese culture, namely manga and collectibles.  If anything, its made the place even more colourful than before. 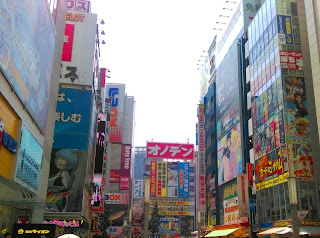 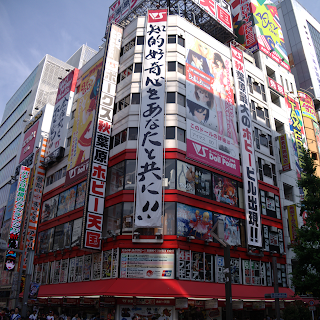 Even the graffiti and the bikes are more colourful in Akihabara. 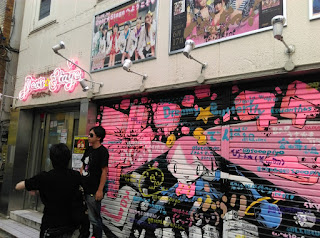 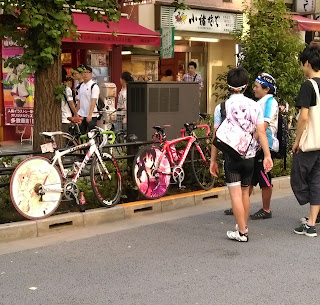 Back to Yamada Denki and the Gundam - just look at how many kits there were, and this was only a single set of shelves, there were at least 4 full racks just of Gundam, and that's not even mentioning the other racks of models. 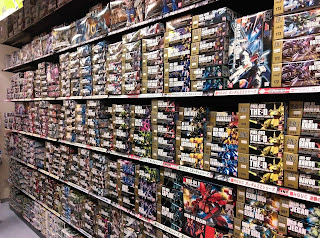 There was even a Unicorn Gundam - in unicorn mode no less. 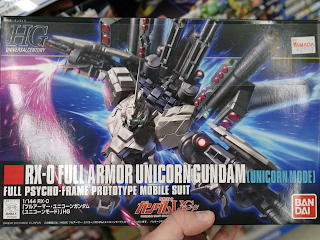 Well I couldn't rightly pass up such an opportunity, so after a lot of umming and ahhing, I settled on the basic, original Gundam. 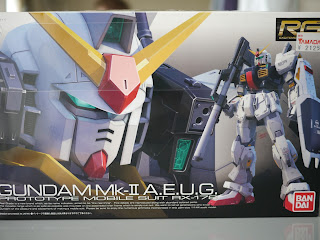 They come as two parts, a fully poseable inner skeleton of parts, and then the outer armour additions.  Its all on separate sprues of appropriately coloured plastic so I won't even have to paint it, and there's a full set of transfers too.  Awesome, can't wait to build this guy. 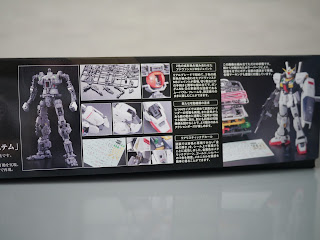 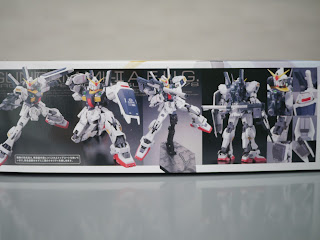 Mind you, should you ever feel the need to re-paint any of your Gundam, or build and paint any of the other models that were available, you wouldn't be short of supplies: 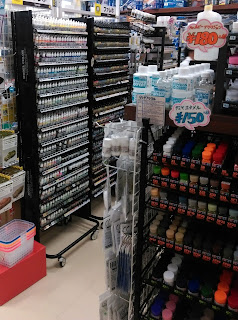 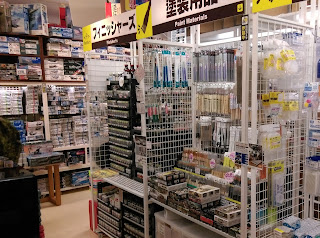 Or, if collectibles is more your thing, then there were plenty of places to pick up just about anything you could think of, and some things that I kind of wish they hadn't thought of.  If you are ever in need of being weirded out, do a little research into the culture of doll ownership in Japan - let me just tell you that they are FULLY customisable and can be found in many of these shops. 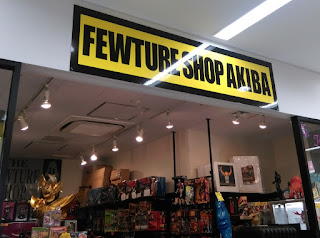 Much cooler though was this guy... 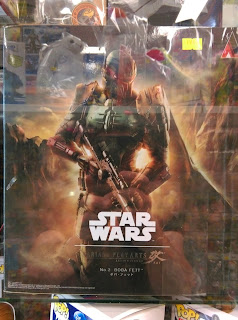 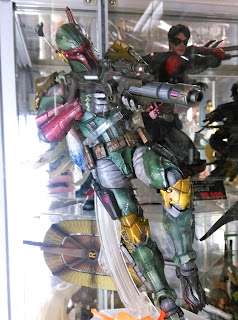 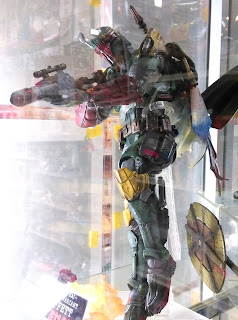 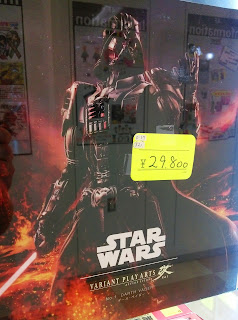 
Of course, since I mentioned I'd been working on One Force, I should at least show you where I'm at with painting them. 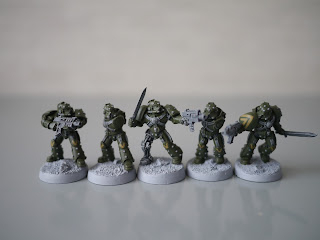 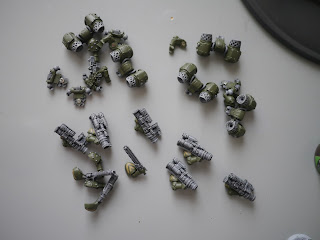 All that's left is shading and highlighting of the armour, battle damage and weathering and that'll be the last of the core 30 Tactical/Assault marines finished.  It'll have only taken me three and a half years to reach that point - positively rapid pace.
scribbled by Andrew at 06:46:00 4 comments:

Normal people leave a die on or near a model indicating how many wounds it has left. I am an idiot, I forget, pick it up and roll it. 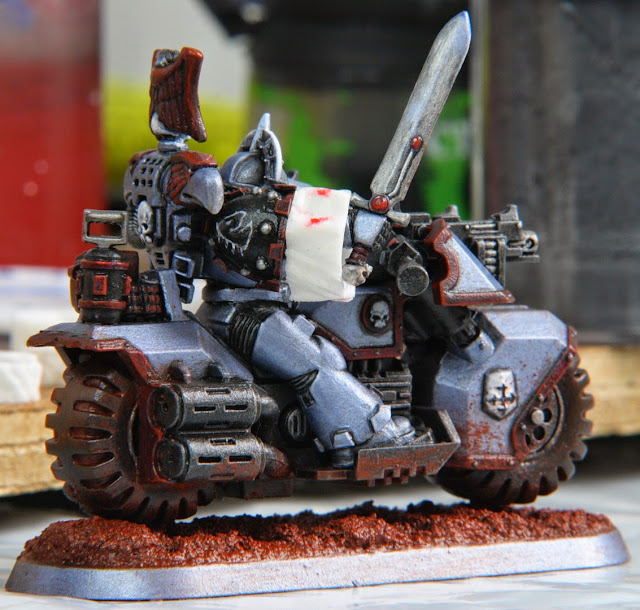 I made bandage wound markers to solve the problem.
Most models have something that the bandages can be hung on.

scribbled by ColonelFazackerley at 15:52:00 2 comments:

Email ThisBlogThis!Share to TwitterShare to FacebookShare to Pinterest
Labels: tutorial

After a cursory search I could not find an example of how to do this for a flyer. I found a few tutorials for skimmer bases. I did this for the Crimson Hunter/Hemlock Wraithfighter kit. I would wager that it could be adapted for most flyers. 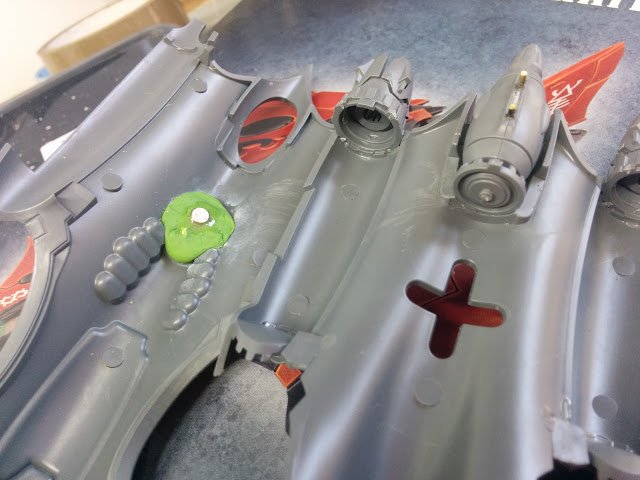 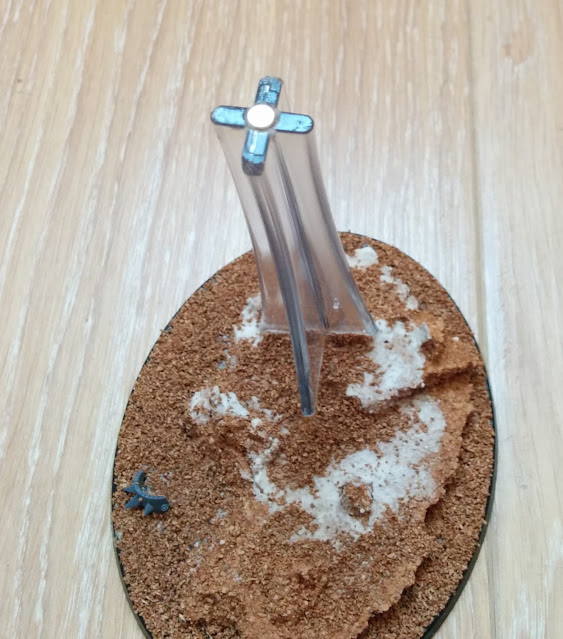 Now the model can be pick up without the stand dropping off. Handily removable for transport.

scribbled by ColonelFazackerley at 08:42:00 3 comments: