247: Necrons vs Space Marines and Eldar

Not only do we have a new contributor here on the blog, but he's roped me into a bit of a local league/tournament kind of thing.  You can read about it on the Astronomican forum.

I got my first game of the tournament in against none other than ColonelFazackerley (CF) and his absolutely brilliantly painted Iron Knights (Space Marines) and Eldar.  You can see the full battle report for CF on the forum here:  CF batrep.  I thought I'd repost it here, and give my take on the game.

We were playing Forge The Narrative missions, this one being modified Kill Points as a primary, Linebreaker as a secondary, The Relic as a tertiary, and Hammer and Anvil deployment

The Setup
We were both nice and aggressive, getting right up to the lines ready to go at it. 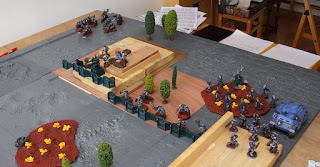 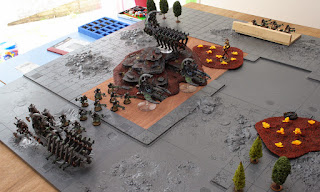 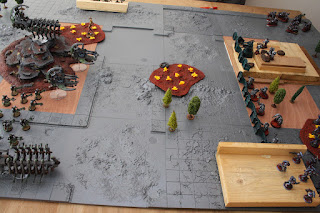 Opening moves
The Terminators stride forward, intent on bringing the war to these silent, metallic, xenos. 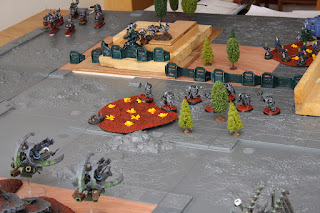 In a feat of brilliant marksmanship, one brother toting a lascannon identifies a weakspot in the armour of the huge weapons platform arrayed against them, as its weapon is energising ready to fire, a beam of light leaps from the barrel and causes a chain reaction which blows the vehicle sky high. 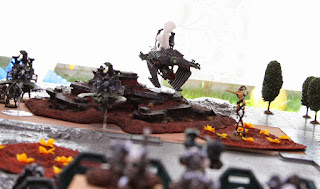 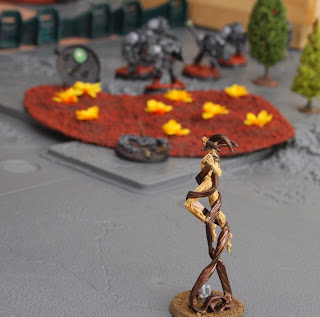 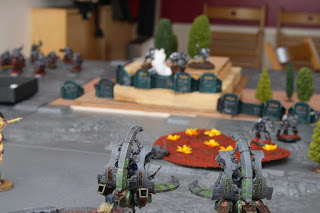 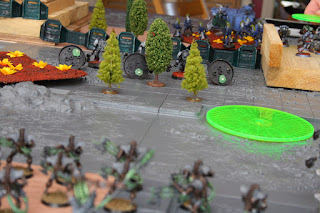 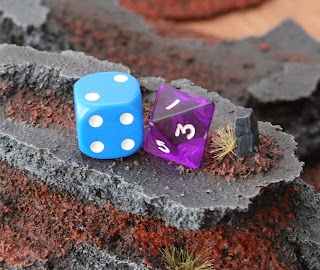 The Eldar Farseer jets forward and unleashes psychic fury on the jetbikes threatening the allies left flank.  Meanwhile the Space Marine bikes move to reinforce the main lines while the Techmarine adjusts his position to gain the maximum effect from his Conversion Beamer. 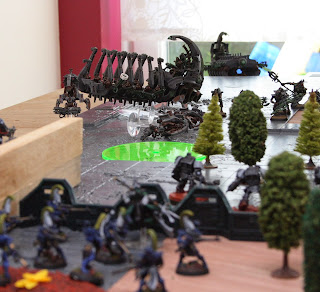 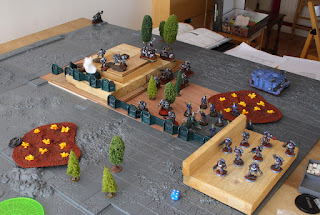 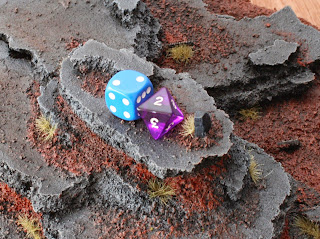 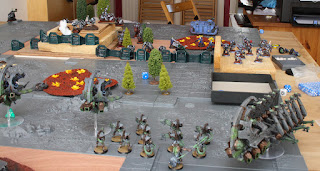 Sensing the threat posed by the Eldar, the entire Necron lines open fire on his position.  Despite the valiant efforts of many of his Avengers, pure weight of fire inflicts wounds that take him out of the battle for good. 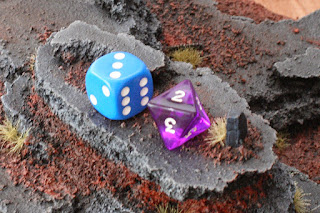 The lascannons of the Devestator squad reach out again and one of the Annihilation Barges are taken down.  The Terminators stride forward again, intent on another attempt at bringing the xenos to battle. 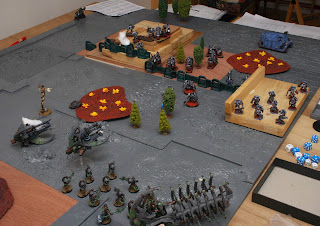 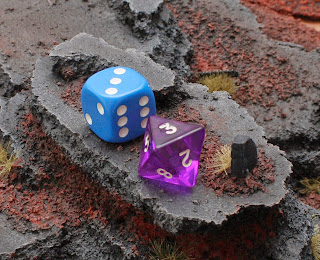 Sadly for the Terminators they fall to the same fate as their brothers, succombing to weight of fire.  The C'Tan, tiring of the antics of the Space Marines with big guns, decides that they shall be no more and so they are no more. 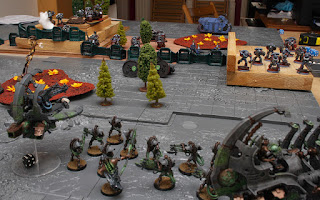 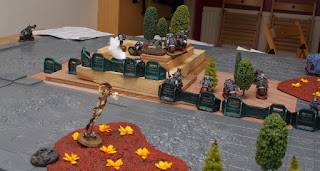 The Tactical Marines, having edged forward, suffer under the weight of fire from the Ghost Ark and its passengers. 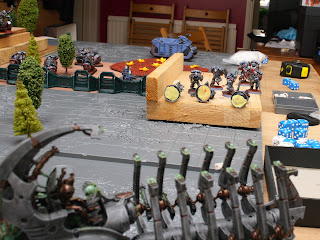 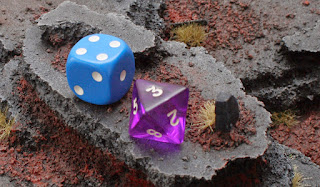 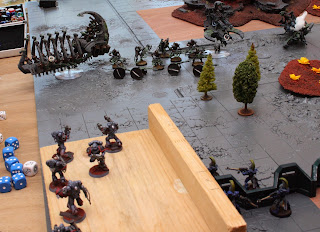 In return, the Tactical marines fell many of the Immortals escorting the Overlord but are unable to do enough damage to threaten the xenos commander.

Spotting the lone remaining jetbike of the xenos, the Techmarine takes aim from the edge of the battlefield and fires true, removing that threat forever. 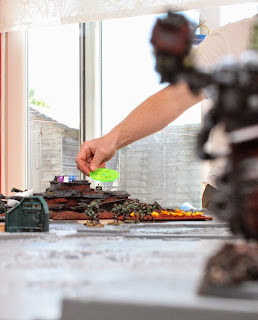 The C'Tan shard smashes into the bikers and against a caged god they don't stand a chance.  Meanwhile the warriors in the Ghost Ark are able to finally root the Tactical Marines out of the ruins they were taking cover in. 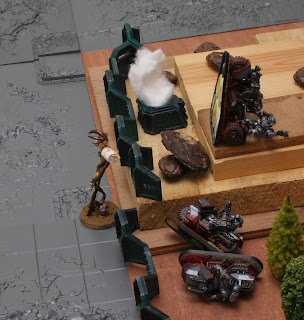 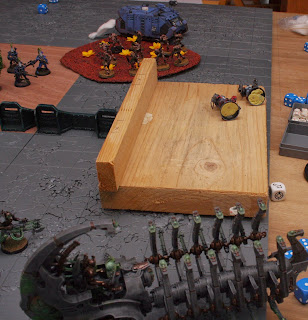 As a final act, the Flayed Ones who had been skulking just off the battlefield for almost the entire battle step in and pounce on the unsuspecting Dire Avengers. 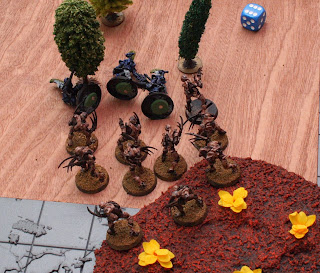 ... and that was where the game ended.  As we discussed afterwards, CF's inexperience at facing the Necrons ultimately meant that he approached them piecemeal giving me the chance to deal with units individually and so concentrate my fire.  I think if he'd rushed at me, or attacked on more than one front, I would have been in a lot more trouble.
scribbled by Andrew at 23:09:00